As I had already announced in my article on the Type 161, I have taken the time today to introduce the heavy-lift carriers of the Type 176 here.

After SAL had received its tenth and last heavy-lift carrier of the type 161 from the J.J. Sietas shipyard in 2004, the type 176, a much more powerful type of heavy-lift carrier, came into service from 2008. In terms of basic concept, the new type was based on the ships of type 161b. Compared to the predecessor ships, however, the lifting capacity of the larger Type 176 was doubled to up to 1,400 t by two 700 t NMF cranes.

The two photos below show the type 161b and the type 176. The photos taken on the Elbe show the differences between the ships very clearly.

To the German Vision of the article

Here you will find a painting of the REGINE, as well as other SAL heavy-lift carriers.

In 2005, the contract for the construction of 4 ships was concluded between SAL and the J.J. Sietas shipyard. The new ships were intended to meet the growing demand for increasingly efficient heavy-lift carriers. Even before the completion of the first ship, SAL entered into a joint venture with the Japanese "K" Line. In 2011, the Japanese took over SAL completely, which was renamed SAL Heavy Lift in 2013.

With a length of 159.8 m, the ships of this type were only slightly longer than their predecessors. However, the width of the ships was increased by 3 m to 24.00 m for stability reasons.

On the starboard side, a third crane with a lifting capacity of 350 t, which corresponds to the main cranes of type 161b, is used on these ships.

The main engine used on these ships is a 4-stroke, 9-cylinder diesel engine of the type MAN B&W 9L 58/64. With an output of 12,600 KW, it enables the ships, which are driven by a controllable pitch propeller, to reach a speed of up to 20.0 knots.

The first ship of this type, the FRAUKE, was delivered in February 2008. Already in April, J.J. Sietas Wewrft delivered the second ship, the ANNE-SOFIE, to SAL. In November the TRINA followed. On this ship, and also on the REGINE delivered in September 2009, the deckhouse was raised by one deck. This makes it possible to take additional persons on board for special jobs, such as offshore work.

I have compared the two versions in a drawing. 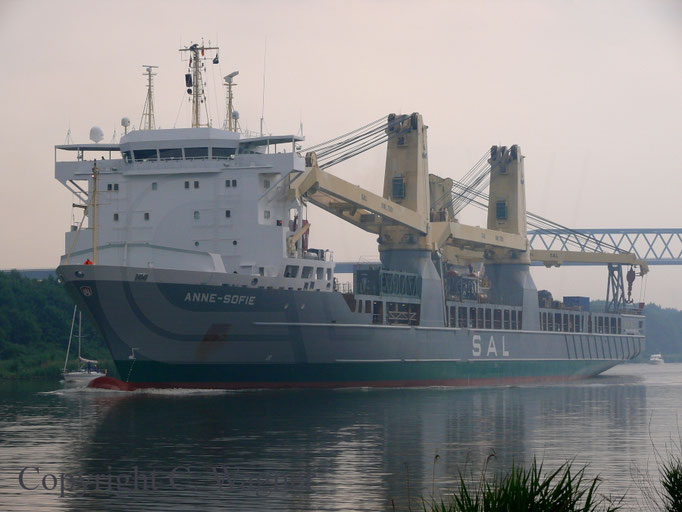 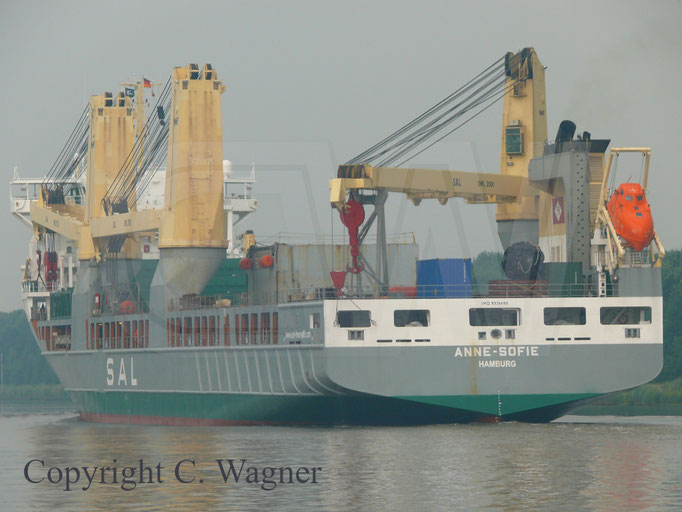 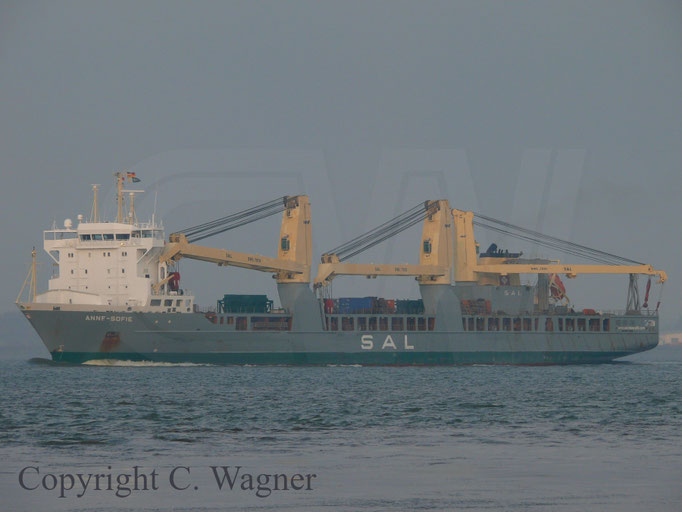 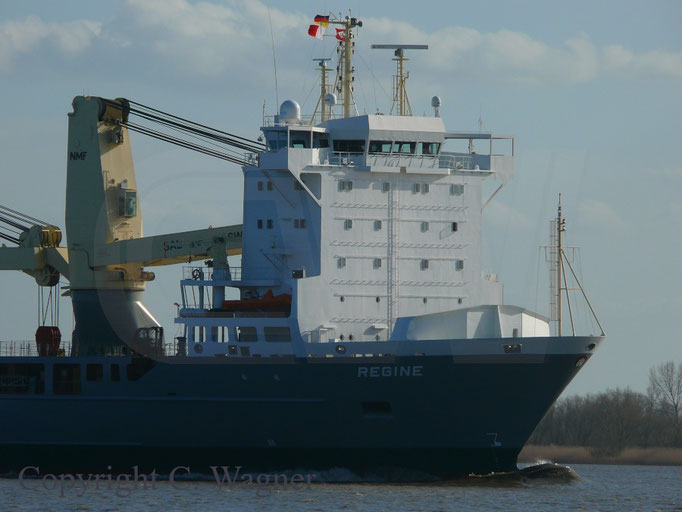 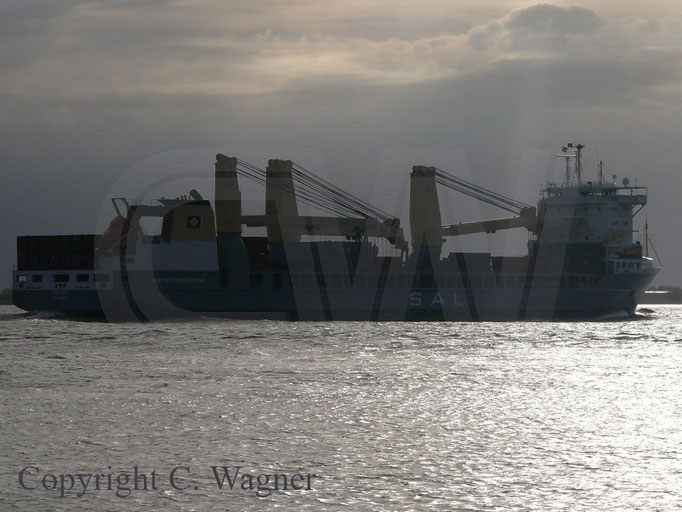 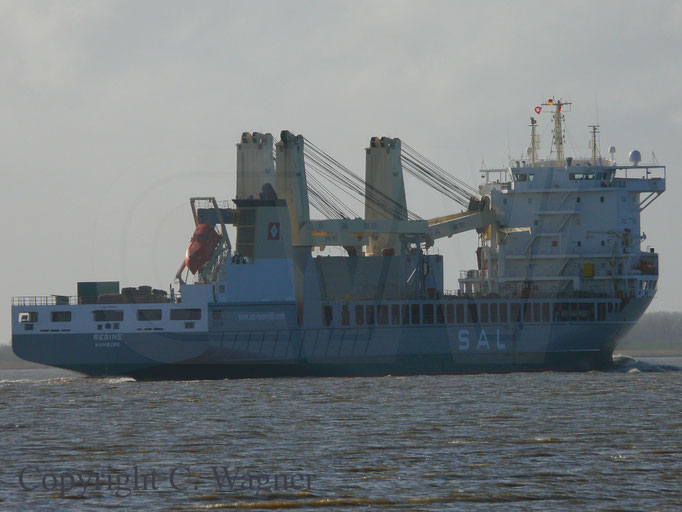 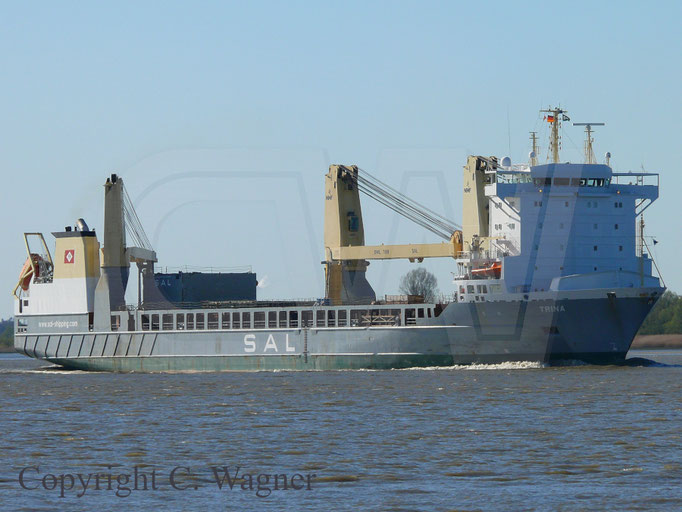 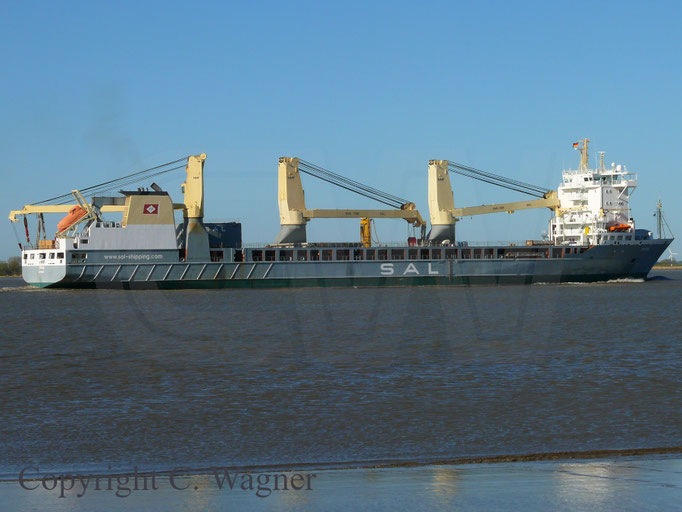 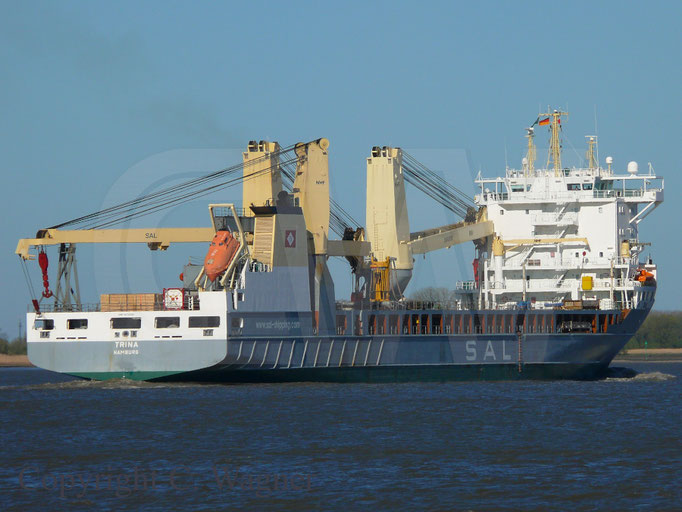 This is not the end of the history of the series of heavy-lift vessels. After the Type 161 and the Type 176, an even more powerful type of this series followed in 2010, the Type 183, which I will also present here shortly.